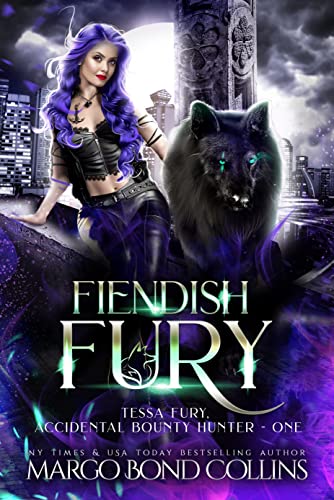 Meet Tessa Fury: accidental bounty hunter of all things supernatural, dangerous, and outside the law.

Twelve years ago, the supernatural world revealed itself to the rest of us. Vampires, werewolves, fairies—all real.

Twelve hours ago, I accidentally took a job as a supernatural bounty hunter, tracking down the worst of the things that go bump in the night.

And twelve minutes ago, I’m pretty sure I died.

I had absolutely zero plans to become a monster hunter.

I got okey-doked into it. You know—those times when a friend is outlining a plan for the day and you’re just going along with it like an idiot, saying yes to everything…right up to the moment you realize you’ve just said “okey-doke” to going after a feral werewolf with nothing but a butcher knife and a Tootsie Pop in your pocket.

If I survive this werewolf hunt, I’m changing jobs.

It just pays so damn much…

If I catch the bad guys.

And assuming I live through the night.