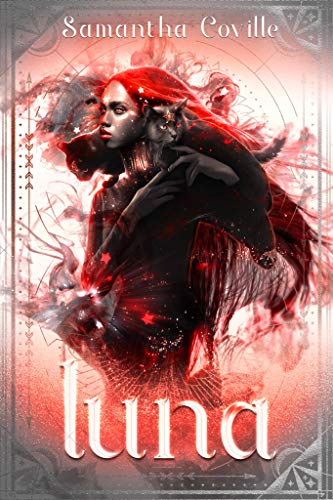 The path to the crown is a bloody one. The fall from it even more so.
Luna Laurier is being sent to the Ceorosea Palace on the orders of her scheming father. She has one goal: seduce and, ideally, wed a noble that can return the Laurier's to their former place of wealth and glory. Luna is determined to not fail as her older sister Lavinia did. She will use any means, including the family's concealed talent for forbidden celestial magic, to win the hearts of the eligible bachelors in court. And things seem to be going well.
Until she catches the eye of an unintended target: King Everard Ceorosea himself.
He's technically everything that Luna needs in a suitor. He has influence, affluence, and the looks that can turn any honest woman into a harlot. But he's unfortunately married to a Queen with powerful allies that you don't want to cross.
Luna should ignore his advances. Becoming his official mistress would have its benefits. But once he grows tired of her, she's ruined in the eyes of society forever.
Something, however, draws Luna to this alluring King. Against her father's commands, she begins a game of cat and mouse that will be filled with deadly secrets, grisly betrayals, and seductive affairs.