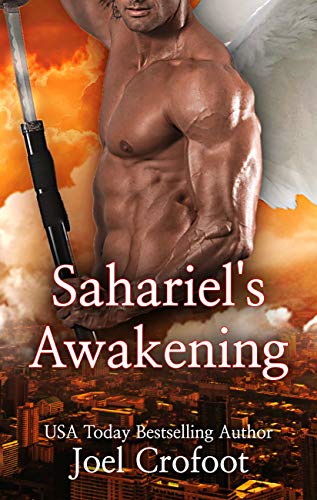 Beauty comes at a cost...

Sahariel was a fallen angel, cast into hell for sleeping with human women, but there his radiant skin was a beacon to all demons. In effort to hide, he locked himself inside a coma and snuffed out his light. Even though he has been released from hell, his slumber continues, and all of that changes when a young woman wanders into his dreamscaped sanctuary, but how did she find him?

Heather is a psychologist now residing with the earthly angels after becoming a target for evil. One night in her dreams a man with luminous skin saves her from a demon, and she chalks it up to a nightmare until she discovers that man, in a coma, in the back house. How could she have dreamt about someone she has never met?

With their new found possibility of saving demons, the Archangels of Los Angeles are building a demon rehabilitation facility, and bringing in a dangerous first client. They know Philotanus has issues, but how deep do they run?