Season of the Witch 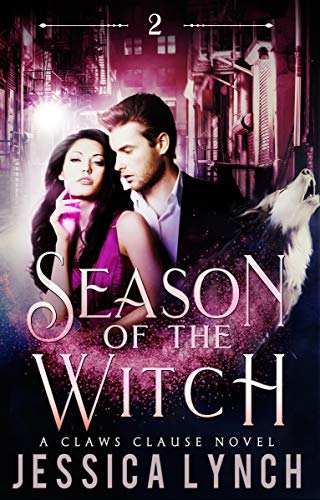 He never wanted a mate. Until he found her—and now she's all he wants.

In a world where paranormals live side by side with humans, everybody knows about Ordinance 7304: the Bond Laws. Or, as the Paras snidely whisper to each other, the Claws Clause—a long and detailed set of laws that bonded couples must obey if they want their union to be recognized.

Because it wasn’t already damn near impossible to find a fated mate in the first place. Now the government just has to get involved…

There’s something about their magic. With a snap of a finger, a witch can cancel out his brute strength, razor-sharp claws, and inch-long fangs. It just isn’t natural. The Para-proof wards constructed by witches always made his fur itch, and it has bothered him for years how they betrayed all paranormals by selling their services to the highest bidders.

Then a witch nearly killed him and his dislike turned into full-blown hate.

His brother thinks his anger is unhealthy. Following his brush with near-death, Colt refuses to talk to any packmates. Dodge, his ghostly best friend, can’t even get through to him. Colt keeps himself confined to his workshop, shutting every one out. His wolf is just about rabid and he keeps his beast locked up tight.

His wolf wants its mate. Colt won’t admit it, but he does, too... even if he’s spent the last four months rejecting her.

Because Shea is a witch.

And Colt hates all witches—

Shea Moonshadow is a healer first, a witch second. Considering her magic has a way of backfiring on her whenever she tries the simplest of spells, she sticks with what she knows will work. Her herbs and her poultices have never failed her before.

Now if she could only say the same about her brother.

Hudson is a Donor, a blood junkie who gives blood to vampires in exchange for a high only a dangerous Nightwalker can give. When he gets in over his head, he does what he’s always done: runs to Shea for help.

She can’t say no. She’s never been able to say no.

And that’s how she finds herself pledged to a blood-bonding with an obsessed vampire.

When a dangerous group of Paras move in on Colt’s territory, going after humans and paranormals alike, the Grayson Police Department recruit him to take on the vicious Nightwalkers. If it’s bad enough that Colt gets saddled with an old enemy, it’s even worse when he discovers that his almost-mate is in it up to her adorable purple eyes.

He might’ve put off claiming his mate for longer than he should have. But no way in hell is Colt—or his wolf—going to let some Nightwalker scum take Shea away from him.

* Season of the Witch is the second full-length novel in the Claws Clause series. It’s the story of a grumpy wolf shifter hero and the sweet witch who has cast a spell over him. With danger, intrigue, and heart, watch as Colton submits to the one woman meant for him.