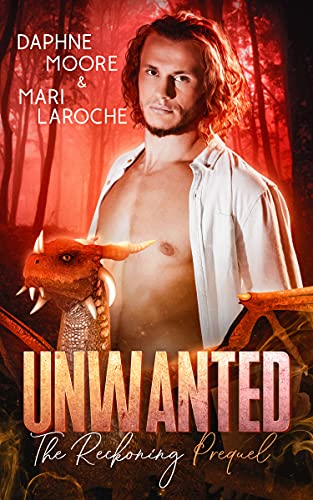 Arrogant elves. Terrifying goblins. The voice of a snarky dragon in her head...

Most middle-aged people are worried about their cholesterol and 401k. Vivian Rivera would celebrate mundane concerns like that. Instead, she’s been plagued by hallucinations since childhood, and recently learned she’s the descendant of a goddess known as the Queen of Chaos.

Dealing with her matchmaking aunt’s plots.

Viv’s life is spiraling out of control, with the promise of only getting worse.

It seems the Queen of Chaos has a formidable enemy who is pursuing her daughter beyond death. Plagued by visions, Viv must decipher their meaning to reveal the location of the keys and thwart the Reckoning. But time is running out. Can Viv find a way to free the goddess and DayKing from the dimension they are trapped in before darkness comes for her?