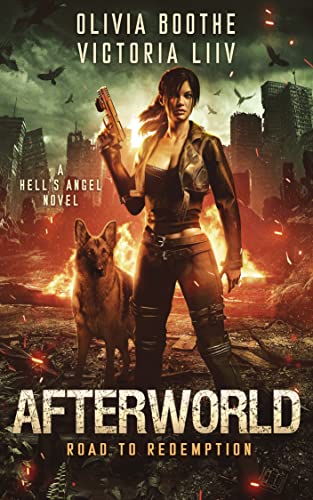 EIGHTEEN MONTHS AGO, THE WORLD LEARNED THE UGLY TRUTH:
GOD EXISTS. HE JUST DOESN’T GIVE A DAMN ABOUT US.

After a deadly virus wipes out most of the world’s population, those of us who survive are left as food for the Damned, the walking corpses ravaged by the infection.

Yet, something far more sinister stirs in the bowels of New York City. The Four Horsemen are prowling the streets, kidnapping young girls and dragging them back to their lair. And when a supply run becomes a rescue mission turned deadly, I’m left at the mercy of a sexy stranger.

Jax Constantine weaves himself into my life with blood tingling charisma and a smile that rekindles my hope in love. But a dark secret lurks beneath his penetrating gaze and sizzling touch. One he’s not willing to share, leading me to believe he might not be the man I thought.

Now, humanity’s last stand rests in my hands. To save a world consumed by evil, I must choose between stopping the Devil from claiming an already scorched Earth as his own or saving the man I love.

The same man destined to curse my soul.