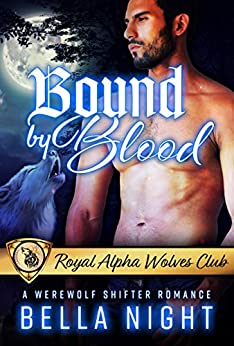 The Royal Alpha Wolves Club was an ancient organization formed to protect werewolves and the secrets of their species. They have chapters all over the world that offer safe houses for wolves in need and rules to keep local packs in line.


The Lazy Moon is the Club’s headquarters in the Louisiana territory. It was supposed to be a safe place for all shifters. But one new law has just turned it into a war zone. And Dorian has seen enough bloodshed.


Meet Dorian Calhoun—Royal alpha shifter for hire with a taste for forbidden love. As the lone survivor of a brutal betrayal that left him without a pack, Dorian is now the last of his name. He tries to leave his white knight ways behind, drowning his pain by taking high stakes hit contracts. But no matter how far Dorian runs, something always draws him back home.


Make that someone—Lexy Bishop, the girl of his dreams. But their love can never be, not when it was her father who murdered Dorian’s pack. When the council sworn to protect the royal bloodlines lays down a law that demands Dorian find a mate, he has a choice to make.