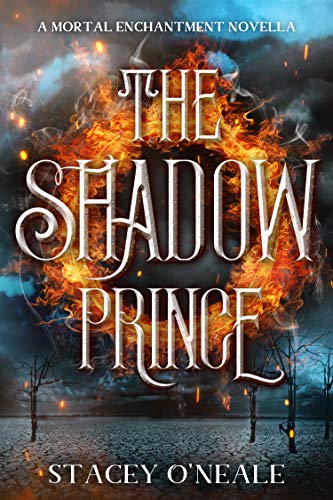 THE SHADOW PRINCE is a prequel novella to the award-winning YA fantasy series Mortal Enchantment. Discover a world of elemental powers, courage, duty, sacrifice, forbidden romance, and a war for the very elements of life.

Sixteen-year-old Rowan is an elemental prince. Banished to the mortal world, he doubts he will ever return to Avalon and claim the fire court throne. Until he receives a challenge from his estranged mother. If he slays Kalin, the half-human, half-elemental princess and heir to the court of air, she will abdicate her throne. Is he capable of completing such a heinous task? And what price he will pay if he refuses?

Perfect for fans of Holly Black and Sarah J. Maas.