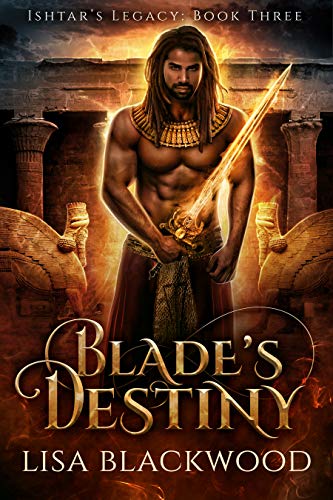 A queen and a slave must find their destiny together.

Decadence and depravity have long been hallmarks of the Gryphon Court and when a young king dares to bring change, his life is cut short by an assassin’s blade.

Tirigan, an escaped human slave, makes a desperate bid for his future by seeking out the young king who is said to abhor slavery. But Tirigan is too late and quickly finds himself back in the slave pens.

Asharru is still grieving her older brother’s death when the crown is thrust upon her. Intelligent and cunning, she knows none in her new court can be trusted. One of them is the mastermind behind her beloved brother’s assassination.

She needs help and there is only one place left for her to seek it.

The slave markets of Nineveh.

There she plans to acquire a small group of slaves, free them, restore their dignity, and offer them positions as servants and spies.

She is soon drawn to one beaten and chained man. To her horror and hope, she recognizes him as one of Ishtar’s sacred Blades, a warrior born to protect the royal line.

Tirigan has no love for gryphons, but they must put aside their differences and bond as Blade and Queen if they hope to save their kingdom.

Blade’s Destiny is a Fantasy Romance loosely based on early Sumerian and Mesopotamian mythology. It can be read as a standalone, but for maximum enjoyment it’s better to read the series in order.