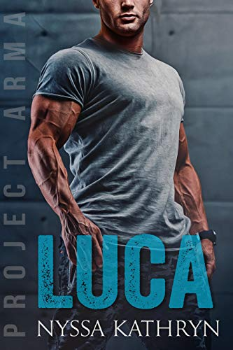 Evie Scott went through hell and barely escaped. Now, she does everything she can to remain invisible. To survive. Because if she’s found, she’s dead.

Then she meets Luca…and there’s a spark. But is he worth the risk?

Former Navy SEAL Luca Kirwin is both well-trained and deadly. Recruited into a non-government-sanctioned project, he was unknowingly turned into a weapon. Now, he and his team have one mission—shut down the program.

When a new neighbor with haunted eyes moves in next door, his instincts tell Luca he can trust her. But could she be one of the enemies he’s searching for?

As the couple falls deeper, and the danger get closer, they’ll have to learn to trust in each other…before it’s too late.