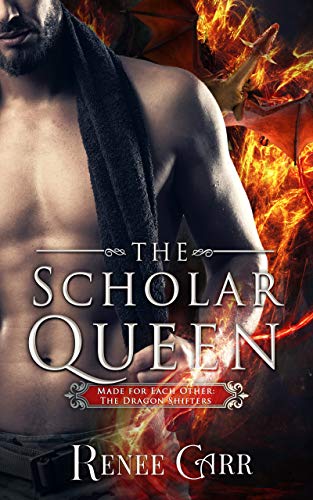 A Kingdom under fire. A battle-ready king. A Lady with the knowledge to thwart a wolf rebellion.

Lady Sarah knows she’s destined for more, but until she finds out exactly what more means for her, she’s content to soak up all the knowledge she can about battle tactics and anything else that interests her. Unlike other young women of noble dragon descent, she sees no reason to worry about whether she’ll ever be lucky enough to marry a Baron or an Earl.

John, the Crown Prince of the Royal Dragon Kingdom, knows he’s destined to be King. For that very reason, he immerses himself in studying the great battles, learning to stand tall in the face of adversity, absorbing all there is to know to rule with an iron fist to keep the lions, bears, and wolves under his thumb. When he loses his father, his knowledge and skills are put to the test.

A chance meeting at the university brings Lady Sarah and the newly appointed King together. Although they may be fated mates, their differences couldn’t be starker. One holds fast to the old rule. The other craves progress.

Fearing an impending wolf rebellion, John struggles to maintain control of the kingdom and reconcile his feelings for Sarah and the mental and physical battles they must face.

Will they overcome all that stands in their way and secure the future of the kingdom?

A sexy fated mates shifter story, set in another world, along with a mystery!