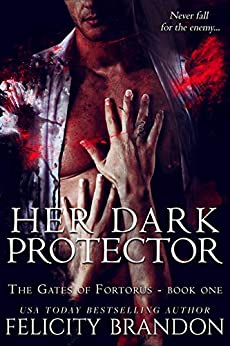 "Does this feel dangerous to you, Caroline?"
I blinked at him, wondering how the man could read my mind. This felt more than dangerous. The Commander General was either the best stroke of luck I'd had since I was brought to this desolate place, or he was going to be the death of me, and the worst of it was, there was no way of knowing which way my story would play out.
"Yes." My reply was breathy. "Yes, it does, Sir."
Harper lifted the glass between us, placing it to his lips again and draining the remainder of the liquid. He reached down, placing the tumbler somewhere at his feet.
"How dangerous?" Harper's lips grazed over mine, the caress transferring the remnants of his drink to my mouth.
Panting at both his proximity and the inebriating taste of his mouth, I sucked my lower lip between my teeth.
"Too dangerous?" Once again, he brushed his mouth over mine, but this time I sought the caress, leaning into him despite the hand in my hair.
"No."

Great Britain, 2024.
A dark, dystopian place where rights have been eradicated and the rule of law is controlled by white, overbearing men with expensive educations and dangerously high cholesterols. Women are rounded up, and herded into a prisoner camp called Fortorus. The door to liberal democracy slammed shut.
That's where I find myself.
Alone and helpless.
At the mercy of the malicious men in charge.
But in the midst of this bleak nightmare, I forget the most basic rule of all.
Never fall in love with the enemy... From USA Today bestselling author, Felicity Brandon, comes this dark, dazzling dystopian tale of forbidden romance.