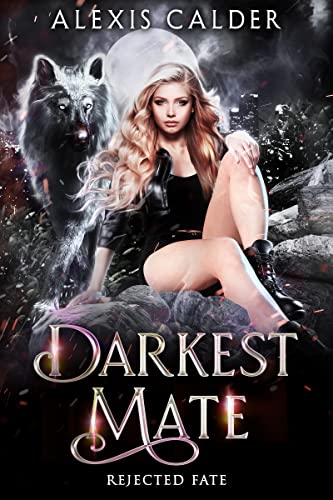 After I was abandoned as a child, I was taken in by the Shadow Pack. A group of ruthless, lawless, shifters who have only one rule: never let anyone see your weakness.

In exchange for them keeping me alive, I owe them. The leader of the Shadows is as handsome as he is ruthless. And he’s offered to wipe my debt in exchange for marriage. He’d offer protection, but it would cost me my freedom.

Survival in the Shadows depends on back alley deals and shady alliances. It’s become a way of life that I stopped questioning years ago. When a routine burglary goes wrong, I find myself captured by the one family I never should have crossed.

The Umbra family owns this city. They make us Shadow wolves look like the good guys. They should have killed me for my crimes, but there’s a tiny problem… It turns out Madoc Umbra is my fated mate.

Instead of killing me, I’m a prisoner. The rest of the family doesn’t know of our bond and I intend to keep it that way. Madoc’s brothers want to end my life; he wants to break the bond. I just want to get the heck out.

As long as I don’t let them see any weakness, I might have a chance of making it out of here alive.

Darkest Mate is a full-length paranormal romance. 17+ for dark content, steamy scenes, and language. This is book one in a trilogy and is not a standalone. Mind the cliff.