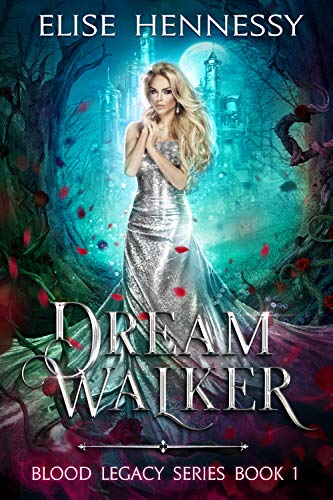 It was just supposed to be a simple delivery. It turned into a terrifying destiny…

Violet Reynolds is married to her job. Made the face of the campaign to name the facility’s new lion, the junior zookeeper is exhausted and wishing for something more. But when the big cat finally arrives hours late, she’s forced to flee for her life when the animal’s handlers slaughter her coworkers.

Alexander Rehnquist never thought it would end like this. Drugged and trapped in the body of a lion, the five-hundred-year-old vampire’s enemies plan to frame him for a massacre and delight in his humiliation as he’s euthanized. So when a brave human woman frees him from captivity, he’s grateful and determined to protect her.

Stunned when the creature not only talks but tells her he’s a vampire, Violet finds herself the target of a supernatural conspiracy. And when he’s able to enter her dreams through a previously unknown power, Alexander realizes this woman is much more than his rescuer. Especially as a millennia-old threat returns to claim her.

Can the fated pair survive an ancient fiend and find immortal love?