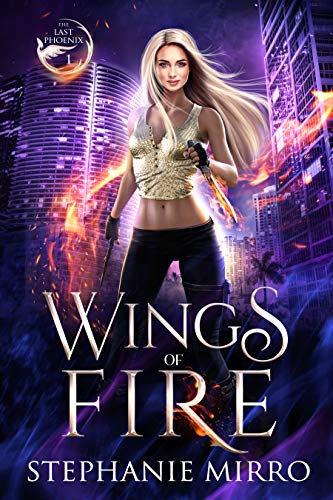 They call me a thief like it's a bad thing.

Once upon a time, I was simply Veronica Neill. Daughter, sister, phoenix. But now I’m all alone, and life as an avian shifter and "acquirer of fantastical things" is dangerously sexy and fun.

At least it is until someone beats me to my latest mark, and I'm blamed for a gruesome murder I most certainly didn't commit. Now I've got a choice to make. I can get taken in by the hotter-than-hell agent sent by the Death Enforcement Agency, or wait for my bloodsucking client to realize I've failed at his job.

I don’t like either door, so I'll take the window instead. Time to track down the real killer and clear my name.

If I don’t solve this murder fast, then I might just be facing a lifetime in a grim reaper's prison. Or worse, a lifetime of servitude to my client, a vampire who’s turning out to be far more dangerous than I realized.