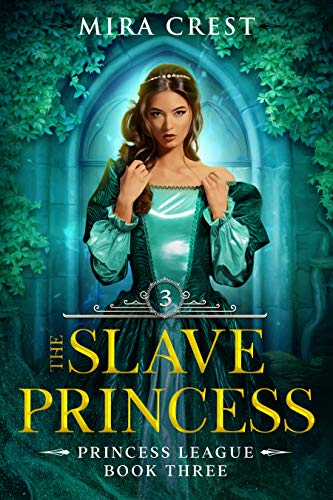 A kingdom oppressed by a prince of magic. A slave girl who holds the key to a forbidden almighty magic.

If Neera's heist succeeds, she would be able to afford the healing magic to cure her mother's illness. Only it didn't. As if being a slave of the Slums isn't bad enough, she ends up a prisoner of the corrupt royals born with magic, awaiting execution.

But behind the execution is a darker motive, revealing the presence of a hidden power within her, one the royals seek, and if misused, would spell disaster for all.

Amid this turmoil, an unlikely ally appears. He's none other than Prince Rai, the mysterious prince and brother of Prince Ezel, and he's determined to help Neera regain her freedom to save her mother and stop his brother from unleashing the deadly power of the lamp.

Will Neera make it in time to save her mother? Will they reach the forbidden mountains where the lamp resides before it falls into the wrong hands?

*This exciting young adult fairytale fantasy will take you on a rollercoaster ride!
The Slave Princess is the story of Neera, one of the five Princess League members that fight against a mysterious evil that corrupts the minds of men.