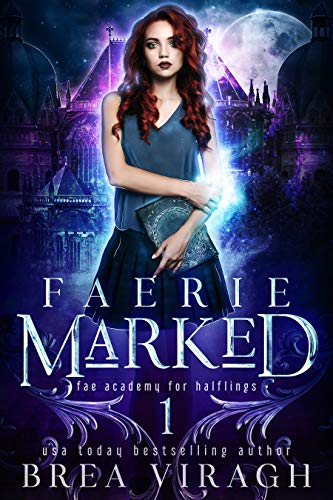 No one said escaping her bloodthirsty fated mate would be easy.

Half Fae half wolf-shifter Tavi Alderidge’s only chance to dodge a disturbing arranged marriage to a dangerous werewolf is to embrace her Fae heritage and escape to the land of Faerie. To do that she must attend the Fae Academy for Halflings. There’s just one problem: no wolf-shifters allowed.

Hope comes in the form of a potion to suppress her shifter half while she works to earn her ticket to Faerie. The cost is steep but one she’s willing to pay for a chance to escape. However, surviving the Academy’s purgings meant to weed out the weaker students is the least of her problems when a murderer begins taking out the top students.

Soon Tavi finds herself doing the one thing she swore she would never do—falling for another student. And when she discovers he’s the Crown Prince of Faerie, she realizes the one person she thought she could trust is the last person who can ever learn her secret.