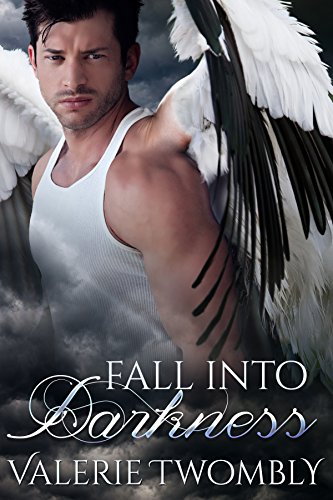 When you fall, you never know who will catch you.

Left half-clothed and without his wings in the Alaskan cold, Eli never expected the Tribunal would condemn him. Now, he faces orders to find his compassion or risk an eternity in Hell. The bounty hunter has spent centuries hardening his heart against the cruel mortal world, but in a split-second, Ashley will change his attitude forever.

Weary of her “special gift”, Ashely takes up residence at her family’s remote Alaskan cabin. Being so far removed from civilization, she never expects the attack that nearly takes her life. Even more surprising is the mysterious stranger who comes to her rescue. He can’t be real yet, the spark between them is indisputable.

Eli’s on the fast track to becoming a danger to the female destined to be his. When Ashley realizes she holds the power to save him, she will bargain with Lucifer for Eli’s soul. The deal is costly, but she will give anything to save the angel she loves. Even herself.