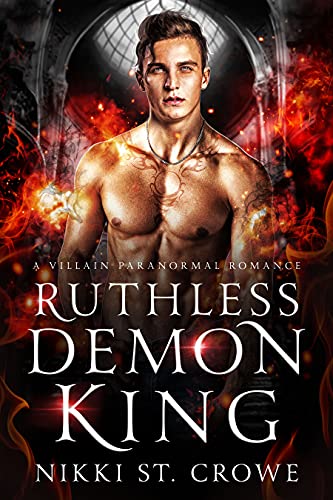 The Demon King has started a new monarchy in the United States.

It used to be that the president was the most powerful person in the country. That all changed when Wrath crossed over to our world. Nothing could stop him. Nothing can kill him. Eventually we all bowed at his altar.

Now there are websites dedicated to worshipping him. Countless internet memes about how ridiculously gorgeous he is. And yeah, I can admit he’s fine as hell. But he’s a villain to end all villains. There’s no way I’m falling prey to that.

That is until I accidentally cross paths with the Demon King. Wrath demands I bow to him. For a second, I almost do. Being around him is...consuming. But dying is better than surrendering and I refuse.

Except when Wrath turns his dark, dangerous power on me...it doesn’t work. And now the villain is looking at me like I’m the enemy.

I manage to get away, but word quickly spreads -- Rain Low, a nobody from a tourist town is somehow immune to the Demon King.

Now Wrath is hellbent on destroying me and those who want to destroy him are hellbent on using me.

But I’m no heroine. And I’m certainly no villain. But if I’m going to survive, I have to play the game. If the Demon King wants a fight, he’s going to get one.