An Inheritance of Curses 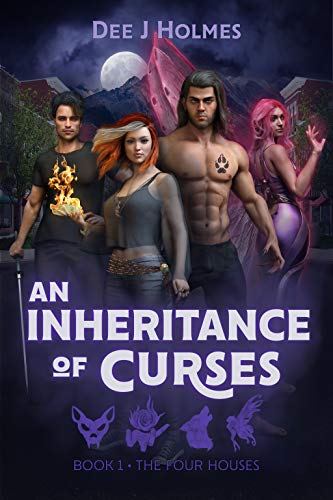 Blood witch Rose LeFey is used to being the family failure. But she takes it to a new level when her unruly magic tangles around an insanely attractive—and utterly forbidden—werewolf. He’s massive, covered in fur, and furious at being held captive in her aunt’s basement.

He doesn’t want her magic—neither does she.

But they can’t keep their hands off each other.

Their bond is a lust-ridden trap, one designed to tear apart her self control and prevent her from freeing her aunt’s prisoners. Too bad. It might be forbidden to work with the other magical races, but Rose won’t leave anyone at her aunt’s mercy.

Her aunt has unleashed war on the magical Houses and humans alike. To stop her, Rose must fight her own deadly powers and deny her desire to make the false mate-bond real.