The Necklace of Goddess Athena 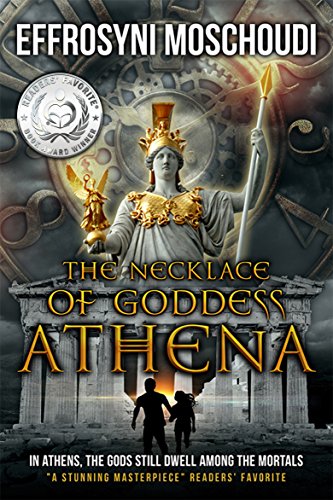 In Athens, the Gods still dwell among the mortals...

Do you enjoy urban fantasy or Greek mythology? Treat yourself to this highly-praised novel that will transport you to Athens with its vivid descriptions and intrigue you with its dark secrets. The perfect ending will leave you feeling on top of the world!

Phevos, a 20-year-old from ancient Greece, arrives in today's Athens on a time-traveling mission shocked and confused. His mysterious father has just sent him there without any explanations. Phevos can only imagine this may have something to do with his mother, who disappeared when he was a little boy and whom he hardly remembers.

In Athens, Phevos finds new friends, romantic love, and a trail of clues that lead to shocking revelations. His father has set up an ingenious plan that involves two Olympian gods and a war that's been raging between them seemingly forever.

One of the gods is out to help Phevos, the other, to destroy him. Will he escape the mortal danger and manage to fulfill his destiny?