My Not so Funny Valentine 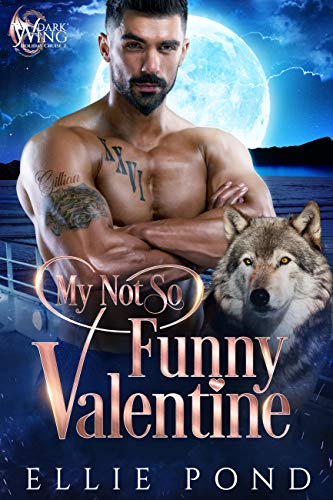 She ran away once and he nailed his heart shut…

Gigi’s got plenty of secrets. Like how she’s married to her job, literally. The Order called on her family for a tribute and she answered. Even more secrets surround her not-so-deceased boss who’s entrusted her to keep his location hidden from The Order. But through it all, she’s never forgotten her first love.

Wallis remembers exactly how he felt when Gigi told him she was marrying a man she barely knew and moving to the West Coast. Wallis never told her what he’d found out at his wolf pack adulthood ceremony—that they’re fated mates. He’s kept the secret to himself through the years.

Fate has brought Wallis and Gigi back together on the Dark Wing cruise ship. Now Can he stay away from her for the whole Valentine’s Day cruise to protect his shattered heart? Or will Gigi’s secrets turn both their worlds upside down?