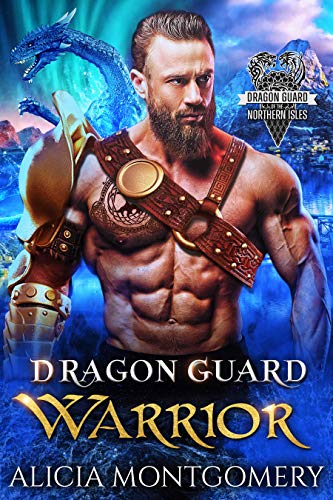 Introducing the Dragon Guard of the Northern Isles. Six dragon shifters duty-bound to protect their king.

A single mom getting her life back together

When divorce and scandal leaves her life in ruins, Poppy Baxter has no choice but to take the first job she could get, even if it is as a nanny to a dragon prince in a faraway land. But this position meant a fresh start for her and her cheetah shifter son, so she must impress her royal employers and act like a professional at all times. However, the very sexy captain of the guard isn’t making it easy to act professionally, especially when just one smoldering look from him sends her libido into the stratosphere.

A reluctant leader trying to balance romance and duty

Dragon guard captain Rorik has devoted his life to protecting his king, and has no time for anything else. But when he meets the new nanny to the crown prince, his dragon instantly recognizes her as his fated mate, and now his entire world is turned upside down. His job demands his complete devotion and attention, but he can’t ignore the deep-seated need to make Poppy his and form the bond that will fuse their souls together.

Can he find a way to balance the demands of his position while trying to woo his mate or will he ultimately have to choose between duty and love?

Find out by downloading this sexy dragon shifter romance now!


Dragon Guard Warrior is a full-length steamy standalone fantasy paranormal romance featuring a sexy alpha male dragon shifter, the woman of his dreams, a cute cheetah cub, plus action, passion, and a HEA guaranteed to satisfy you!