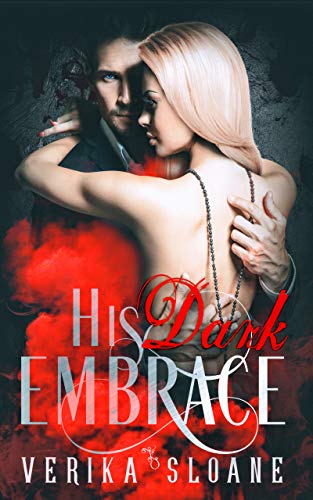 The origin of what will become the most controversial love in underworld history...

Stunningly close to the zenith of vampire hierarchy, Shain Trevyn can almost taste achieving an alliance that would change his life forever. What he never anticipates is meeting a wolf shifter who will change his world. She’s bold. She’s irresistible. She’s unlike any other. And she’s forbidden. To be with her would mean to risk it all—his status, his wealth, his empire, his life—and only a madman would allow it.

What is inevitable is damnable, and their rare connection is both. But if they aren’t meant to be together, why can’t they stay apart?

In this complex and secret underworld, there is no darker enmity than the one between vampires and shifters. Two different but powerful societies, killing each other in the name of their differences, each terrified of the others’ power.

His Dark Embrace is volume one of an intense, forbidden attraction between a vampire and a wolf shifter, with secrets, sacrifices, sex…and a love that could destroy their worlds from the inside out.