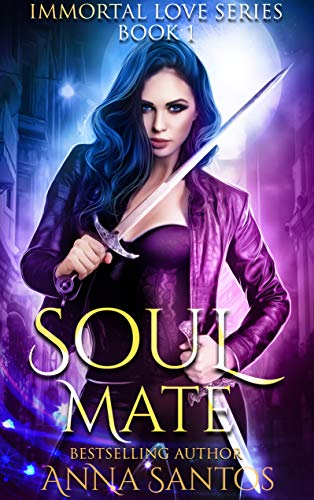 In a world where Vampires and Werewolves don’t get along. Hybrids are chased and killed. Two unlikely souls find out they are meant to be.

Annabel is a hybrid vampire hunter, seeking revenge against the vampire who killed her parents and put her brother in a coma.
The world has changed, but her kind is still not welcomed among some supernatural communities. When she arrives undercover in a new town with the mission to find an original vampire to save her brother’s life, the last thing Annabel needs is to fall in love with the sexy, persistent werewolf who thinks she’s a helpless human in need of a knight in shining armor.

Shane feels the pull when he sees her and is certain when he smells her--the sexy brunette is the soul-mate he's been searching for almost two hundred years.

When rogue vampires attack her, he does what any smart wolf would do: he saves her and takes her home, hoping to convince the human that they belong together.

When sparks fly between them, Annabel has to decide if she tells Shane who she really is or runs the other way to protect her secrets and save her life.