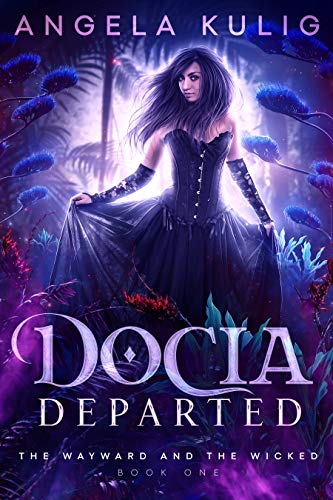 What if everything you died for was a lie?

Seventeen-year-old Docia Gutierrez willingly trades what's left of her life for that of another: a boy who told her lies, and a love that doesn't exist.

Now she is paying for sins she can't even grasp, while being brutalized by a broken heart and a bargain she's only beginning to understand—left to rot in a harsh otherworld of nightmares and ruin. In her darkest moments, Docia wishes for an end that is already upon her—and it's in one of those moments, he finds her.

Fallen Angel, Fox, knows all about paying for crimes you didn't commit—they say—he's the Patron Saint of them. It's a title he wishes he could shake, just like his gray wings and half-moon eyes. It marks him for what he is and what he isn't, just like every other cold truth.

Fox isn't dark or light, nor is he hopeless—not yet—but after an eternity of chasing atonement, he is jaded, and now he's Docia's only chance out of the otherworld. The road in and out of hell is paved with good intentions, but at the end of that road, Docia must choose who or what she wants more than life itself.