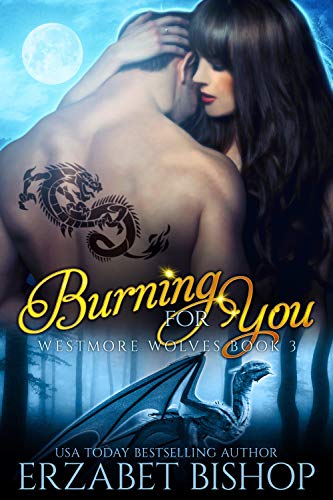 He’s a dragon ready to protect her at all costs. Even from herself.
Where there’s smoke, there’s dragon fire.

Ordinary girl. Extraordinary fate.
Violet Winters is having a less than perfect day. Her parents are meddling with her love life (again), her wintery magic is kaput and her vivid dreams are coming far too close to reality. When she falls through the ice after seeing her fiancé all close and snuggly with a fellow polar bear, all bets are off. Is she better off dead or will she get another chance at life when a Grimare angel rescues her from her chosen fate?

Fire meets ice and passions ignite.
Dante is a dragon on a mission: fight the string of strange fires springing up around Westmore and find a mate. When his Captain decides to have the men pose for social media shots to garner attention for the station, Dante finds himself in the middle of a steady stream of women after his special strategically placed “fire hose.”

At Hot Whips Café to haggle with the owner for counter space for their new firemen calendar, he meets a woman who sets his inner scales on fire. Can he save her from the machinations of the Fates or will she die a second time by the very threat Dante fights against?

A dragon’s panty-melting kiss may just be the wow this curvy girl needs.