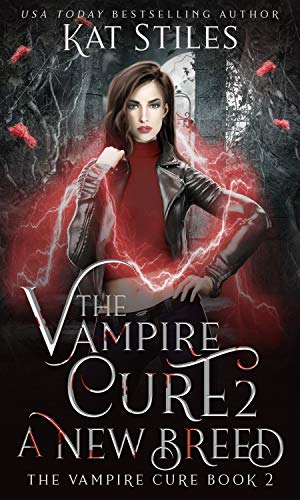 A deadly virus, a coven of pissed-off vampires, and a new breed of hybrid vampires. Just another Tuesday for newly-turned vampire and scientist Liz Meyer.

Liz Meyer's first serum is released to treat the deadly DESVID virus, without her consent. Despite her urging against it, the president is insistent on producing more of the dangerous serum, the side effects of which creates a new breed of hybrid vampires.

A string of mysterious attacks has the police baffled, but Liz is sure the new hybrid vampires are to blame. She enlists the help of handsome detective Edgar, a hybrid himself, to help find them.

Liz grows fond of Edgar, but still mourns the loss of Ryan, her first true love. A surprise revelation about the survivors of the fire leaves her even more conflicted.

When hybrids start to become the victims, Liz wonders if the coven are behind the attacks. She discovers things aren't as they seem, for either the coven or for the hybrids.

Amidst the threat of a war between the coven and the new breed, Liz struggles to create a viable cure for both the virus and the hybrid condition. Can she keep the peace long enough to fix everything?

Please note: If you're a die-hard believer in the MAGA movement, for the love of God don't buy this book. You will NOT be amused.

Fans of The Vampire Diaries series and authors like Ivy Smoak, Richelle Mead, and Bella Forest will love this sci-fi take on vampires.