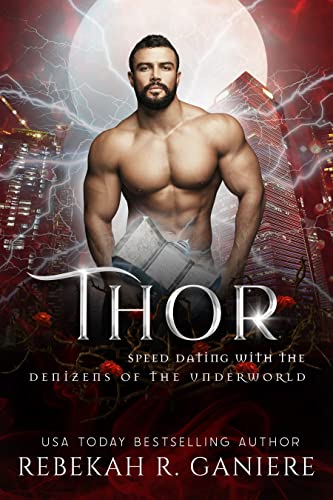 The daughter of his eternal enemy becomes the God of Thunder's obsession...

Thor has spent the last thousand years single and alone, and he’s just fine with that. Having lost his home, his people, and his dignity, he’d rather work on motorcycles than try to find someone to share his time with. That is, until he spots an irresistible fiery haired beauty at an underworld speed dating event.

Princess Sutrelle ‘Elle’ of Muspelheim has run from both an arranged marriage and an abusive father. Elle is more than happy as a waitress, living life hiding amongst mortals on Midgard. But when she accidentally sits at a table for a speed dating event and stares into the intense eyes of the one man who would want to see her dead more than her father, she loses all sense of reason.

Will Thor listen to his heart and let her in for good, or slay her as he vowed to do with all those of her kind?