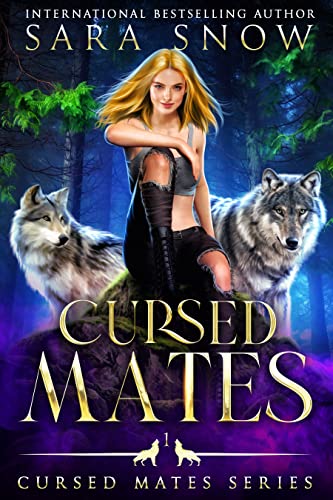 Cassian Knox is the man of my dreams…

My BFF and secret crush since high school, he’s the life of the party, with blue-almost-grey eyes that see into my soul and a muscular build that leaves all the co-eds drooling.

Who would have thought after Cassian dragged me to a party on my twenty-first birthday, I’d discover I have POWERS and almost destroy my entire college—only to be SAVED by the loner Griffin Langston?

Turns out he and Cassian are not only alpha werewolves, they’re both my mates—and each other’s enemies. Too bad Griffin is hell-bent on breaking our bond; he would be irresistible if he wasn’t so damn infuriating.

But our three-way mating bond becomes the least of our problems when some werewolves start losing their minds. What could be turning them feral?

Apparently, my mysterious birthright means only I can save the wolves.

But can I rescue them in time to save the human race?