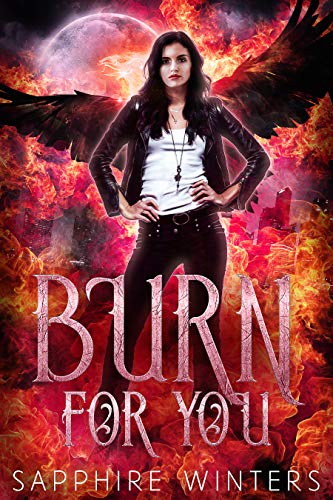 She'll burn it all down before she lets them take her alive.

Phoenix shifter Mia Cruse has no memory of her past life. She woke in chains inside a burned building and the only clue about her life is the man releasing her. But his words offer her no comfort. He tells her she's a shifter named Mia and they both must fight for their lives.

Now, she's on the run with someone she doesn't know, and with no way to know who or what to trust, she's plunged blindly into the shifter underground. And her guide, the man who freed her, is a handsome ex-hunter who admits he once killed her kind.

She’s not sure she can trust him or his claims of a corrupt agency that pulls the puppet strings they all dance to. But something about him stokes her flames and draws her in, so when he tells her the agency is after her, she's ready to fight-- and she’s more than ready to burn anyone or anything that gets in her way.