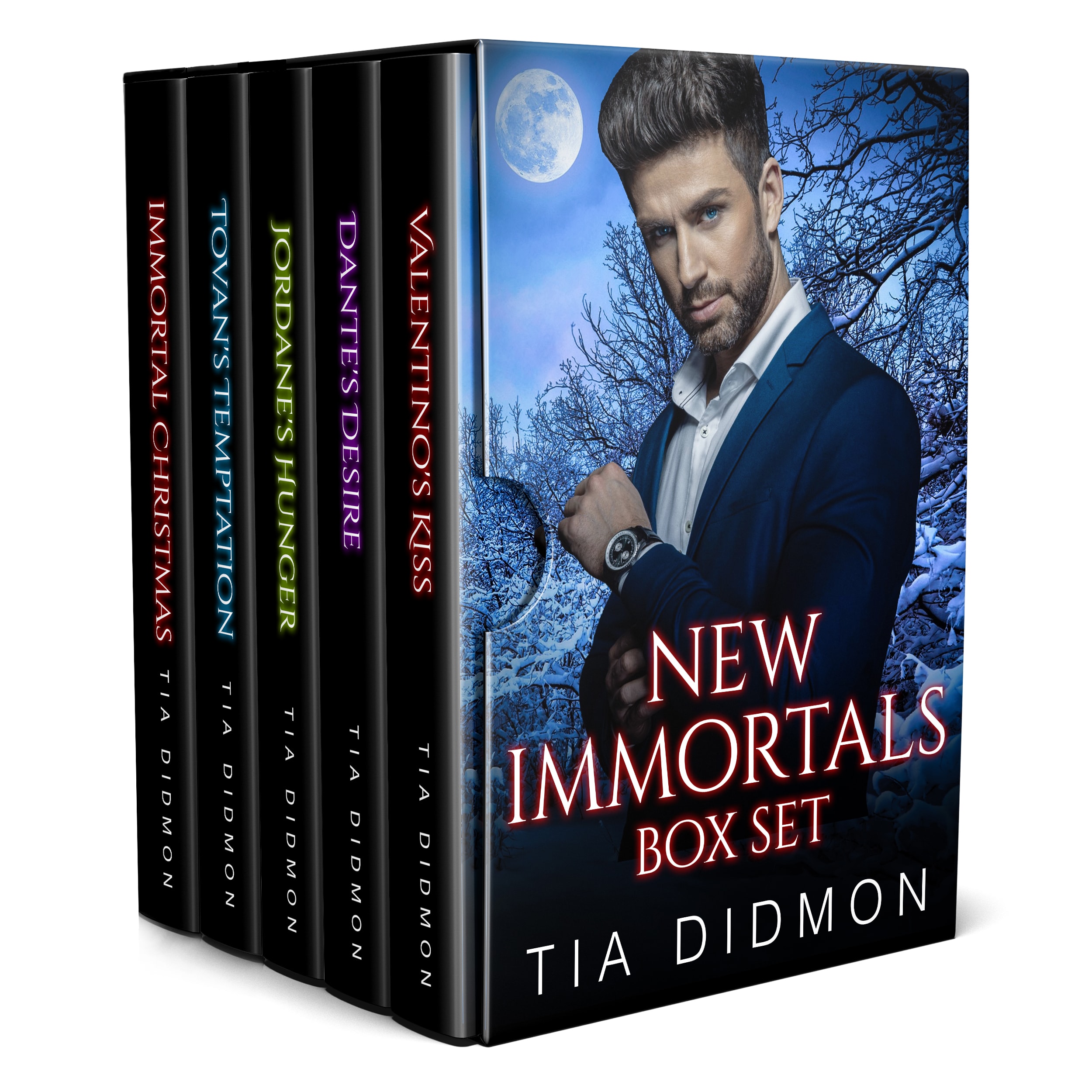 Can one woman save an immortal race on the brink of extinction?

Laura Whitney is the newest member of the Paranormal Intelligence Agency. Too bad she feels like a complete fraud. Failing sections of her training didn’t stop the P.I.A. from passing her, because no one has a talent like hers. Unfortunately, it’s killing her.

Valentino Moretti had forsaken his race long ago. Now, on the brink of extinction, with his demon long gone from the world, he welcomes his death. He feels nothing.

When his brother is assassinated and the P.I.A. is called in to investigate, Valentino vows to avenge his murder before seeking his death, but the new agent sent in to interview him changes everything. With his demon awakening for a woman that shouldn’t exist and an unseen foe seeking his destruction. Can this predator tame the beast within long enough to ensnare the heart of the only human alive that can save him?

Her love will awaken a demon. Will her betrayal unleash a monster?

Jessica Johnson is one of the best agents the Seattle PIA has to offer, but her transfer to the L.A. office comes at a price. She’s been sent to betray them. When the destructive power of the PIA’s newest weapon is revealed Jessica realizes too late, the true cost of her loyalty.

Dante Moretti has spent centuries in an emotionless void. He had accepted his death as inevitable until Jessica walked through his door. With her dormant powers emerging and an ancient enemy threatening Dante's race, he must convince her that nothing will stop him from claiming her. Not even the secret that ripped her family apart.

Fight or die. Can love make you choose both?

Kiki Sanchez is the best agent to graduate the PIA in years. Her skills have made her the newest member of the death squad and the owner of the most technologically advanced weapon in the agency. When she learns the true cost of that power and who it belongs too, she must make an excruciating choice. Tell the truth about her past or watch everyone she cares about die.

Jordane is the leader of the warriors. A select pack who police the demon race. He is the strongest, fastest, most resilient member of his species and he has waited thousands of years for his mate. Unfortunately, she wants nothing to do with him. Can he gain her trust in time to save his brothers or will her secret rip his world apart?

Diane Stevens is a perfect agent of the Paranormal Intelligence Agency. Strong. Resilient. Dedicated. When her twin brother is attacked, marking the return of the ‘PSY killer’, she fears her connection to the assassin will be revealed.

With a demon warrior pursuing her to be his mate and the future of the demon species in her hands, can she catch the man who murdered her parents or will love be the final victim?

Can the magic of Christmas heal centuries of betrayal?

Marcus Knight helped bring the Paranormal Intelligence Agency into existence while waiting for his bride, Cara, to return, but when she does, it’s to say goodbye. After years of captivity, Cara has lost the will to go on. Can Marcus convince her that life still holds the beauty it once did, or will this be their last Christmas together?

This sizzling box set is discounted for a limited time, so grab your copy today!