Cursed by the Storm 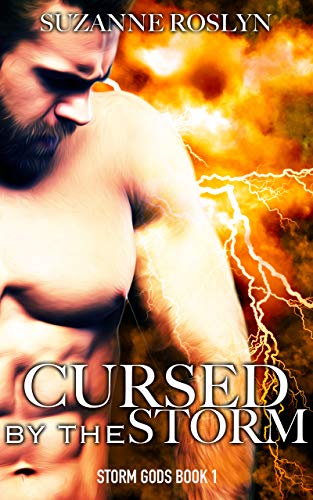 Revenge was never more lovely than this...

He wielded the power of the storm, bending the heavens and earth to keep the curse at bay, until she showed up and severed his attempts. Was love worth this kind of sacrifice?

Cursed by a goddess for killing her love in a time of war, the god of thunder showed her mercy, but her gift in return tortured him for centuries. One bride after another, he couldn't dare to fall in love with, for as soon as the heart betrayed so would the goddess in her revenge.

"I hate you," Kady said, and Marduk, the wielder of storms, kept her at arm's length. The longer she despised him, the longer she would live until the destined wife of a storm god turned the tables on him. Monsters and other humans he could fight, but Kady's affection would become his Archile's heel.

Only when Kady figures out Marduk's secret, and the danger she is in, it's too late. Will loving the man she's come to hate, cost her more than her freedom?

The goddess is coming for her, but can these two forbidden lovers find a way to break the curse? Is Marduk willing to take her place?

A paranormal enemy to lover's romance, with a forbidden love that will draw you into the world of sexy storm gods and the women who try to tame them. Start reading this first book of the STORM GODS series now!