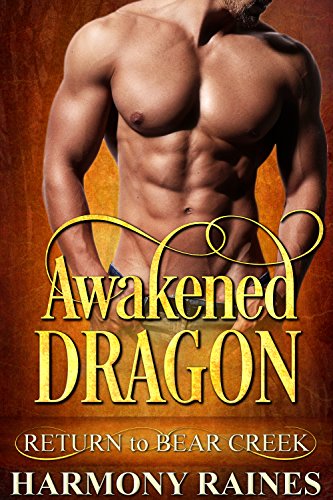 Past and present collide in Awakened Dragon

Discovering there might be more dragons in the world sets dragon shifter, Ruby, on a journey to awaken them. What she never expected, was to find one in Bear Creek. Well, Wolf Valley, to be precise.

And she didn’t exactly find him.

Magnus Dumas walked out of the mountains one day with only the tattered clothes on his back. No memories, no possessions, the only thing he is sure of is his name. Until he meets Ruby.

Now he’s sure of two things his name and that Ruby, who tells him she is a dragon shifter, is his mate. How else can he describe the intense feelings he has for her, and the strong need to protect her—even though she is more than capable of looking after herself.

If only he could let go of his forgotten past and concentrate on his future. But without his memories, how can he know if he is a good or bad person.

A discovery leads them to his true identity. A discovery that tells them Magnus Dumas is from another time. As the mystery unfolds, can they work together to solve the puzzle?

When the stakes are high Magnus and Ruby learn that the only two people in they can trust is each other.