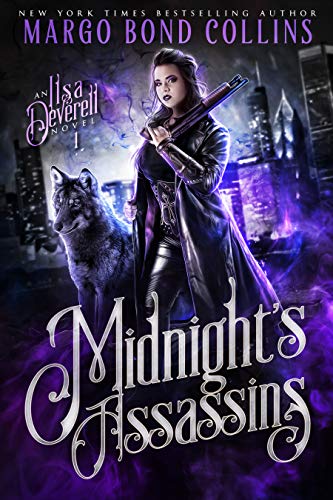 A monster-hunting assassin teams up with a reluctant werewolf to take down the organization that employed her—assuming they don’t kill her first.

Midnight is the poster child of The Organization.

Or she would be if anyone outside The Organization knew about it.

Ten years ago, The Organization plucked Ilsa Deverell out of the latest in a series of terrible foster homes, trained her up to become the perfect monster assassin, and gave her a code name. Ever since then, they’ve had Midnight’s complete loyalty.

Until now. Faced with an assignment she can’t bring herself to complete, Midnight begins to question The Organization’s goals and motives—and her own role in fulfilling them. But no one leaves The Organization. Especially not their best monster-hunting assassin. In order to go up against the very people who trained her, she must reach out to the monsters she’s spent years hunting. Eventually, she will have to face the monster she’s become. Assuming she survives the assassins her former employer sends after her.

For now, she’s in a race to uncover the one magical item that can take down The Organization—and she’s running out of time.